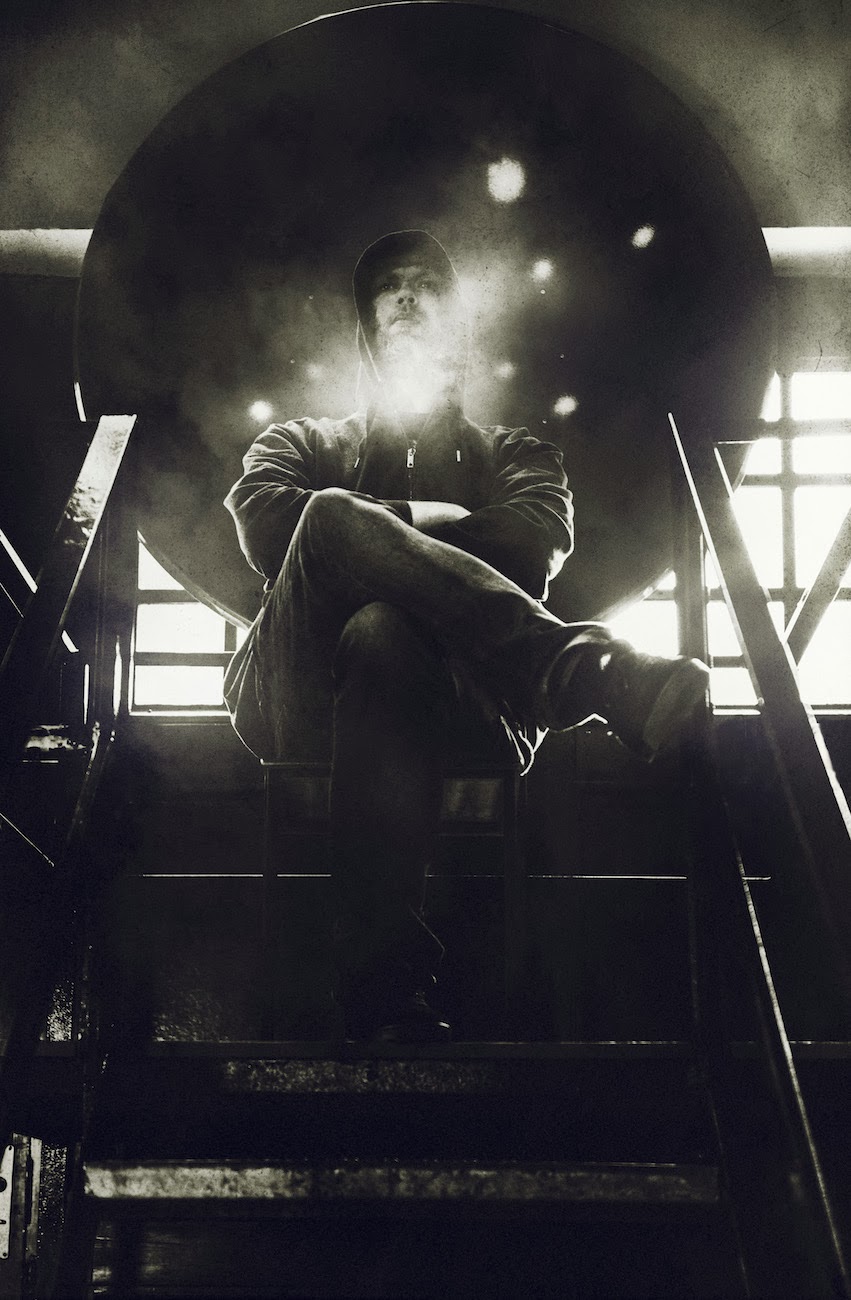 It was a long time ago, almost 6 years ago to be precise, that I was introduced to Porcupine Tree. The band in many ways changed my life, changed the person I am. The music was one thing, but their visual arts totally mesmerized my mind. My love for the melancholy and unfathomable art led me running to crash into Lasse Hoile. After glancing and studying his work, it was just years of drawing inspiration for all my work from him. This went on for so long that my teachers got fed up of me worshiping his work. 6 years later, that hasn’t changed much.

Lasse Hoile is, as many know, the individual who gives visuals to Steven Wilson from Porcupine Tree’s music. He worked with Wilson over many projects including Blackfield and Insurgentes creating artworks, music videos, concert DVDs, photographs etc. Lasse has also worked on Swedish band Opeth’s music videos from the album Watershed. Other bands include Katatonia, Dream Theater, Anathema and many more famous bands. Lasse Hoile works with many kinds of media like film direction and editing and graphic design but claims photography to be his key and beloved area. Lasse’s signature style is melancholy and vintage with a modern progressive twist.

1. For those of us who do not know about your work, can you give a brief run-down of your photography, art and music career?

O Gosh, I’m not the right one to answer this to be honest! I don’t look at myself as everyone else (which I’m sure is the same for all) Maybe do a Google search? 🙂

2. We hear you started, as a vocalist for a Danish Death Metal band called Panzerchrist and then took photography up as a habit, is that when you decided you would become a music visual artist. What made you change your mind and go ‘all in’ for visual art?

Yes, I did sing and make music once with a death metal band, good fun times, and loads of drinking too…perhaps too much back then. However, I did start earlier drawing a lot, then making t-shirts and old cassette tape demo covers for bands around Scandinavia and what not, started on that late 1980’s. The completely metal scene was new and exciting back then. I got to chat with the people from Mayhem (before they started killing each other) and doing stuff for other bands who later made great albums so I think that got me started.

I always wanted to paint but that turned out horrible, I couldn’t get into any art schools back then so I later decided to get into film making because of love for movies. And that’s where it really started I think for me although I didn’t take up photography until later in the 90’s. And that’s when I started doing stuff, I could paint with pictures and Photoshop II.

3. What mediums have you worked with and would like to work with in the future?

Photography will always be the one medium for me.

4. What gear and software do you use for all your different work?

I try and use film as much as possible still, there seems to be a revival again with the analog film which is a good thing, just as people still want to buy good old vinyl albums still and keeping those art forms alive. It’s like with digital that we now have to invent mistakes because everything is to damn sharp and pristine on digital we get all these apps and filters that make them retro looking. Instead, people should really just shoot good old film and they will get the surprises.

I work with different materials, I make all my own layers, scan stuff and layer them in Photoshop mostly, like making a collage.

5. Can you pin point when you actually started making artworks for different bands?

From the late 90’s I guess if, you’re talking about covers and such…but really, around 1990’s.

6. You have developed a more dark and surreal style of work. It involves fear and melancholy. You use a specific color palette and a lot of texture. How did that inspire your work? Is there a specific reason you choose to work in the style?

I’ve just always been inspired by old master painters from the renaissance and onward, Francis Bacon too… I find most of the inspiration in the past; I don’t really follow the contemporary…too much noise.

7. Would you, in future, want to work with different styles?

I am always trying to do something different, and I think for those who might have followed me a little will also see that.

8. What is usually the process when you work with a band for an album artwork? How do you develop your art in accordance with their art and how much time does it usually take?

Well, sometimes bands have some sort of clear idea what they are going for, sometimes it works sometimes it don’t, but mostly they don’t have a clue which makes everything even more difficult because then you go on and on and sometimes it becomes too late and they might end up with crap. Happens a lot when too many have too much to say. They might be really good at doing music which just should focus on, but rarely have a clue what a good cover is…which is probably why so many covers are horrible, unpersonal and uninspiring.

Working together is the key and proper feedback and communication.

9. Do you believe that album artwork is considered as important an art as much the music it is made to accompany? How do you think the standard of artworks has changed since the 60s when art was really emerging?

Of course I do, when people have put so much effort and time into making an album shouldn’t it be represented with something proper? With the advent of digital, it sadly has gone the wrong way, yet luckily, some are still keeping this art form alive and that must be supported.

10. Do you think album covers and packaging are important for a band when they release their work? In this modern era of growing technology do you believe there is a lot bands and artists can do compared to 10 years ago?

Of course! It’s how I’m trying to survive. But it is in decline for sure, yet bands still need to be able to stand out somehow from the crowd even more so today than before because the amount of choice is so overwhelming.

Not sure, it is a design but one of my all time favorites are the first Black Sabbath album cover by a person called Marcus Keef, he did many of the Vertigo releases to back in the day, amazing photography.

12. You are known most famously for your work with Steven Wilson and Porcupine Tree; you have done artworks, band photos, videos, films for them. How is the experience working with him?

To be honest I really haven’t had much time to work with anyone else a lot, when you have someone so productive like Steven you always playing catch up. You see, budgets are not big for all the things I’ve done so I had to do most of the things myself which consumes a great deal of time and you have to try to stretch every penny.

13. Your films for Porcupine Tree’s DVD ‘Anesthetize’, which played at the back of the stage during the concert, were all extremely luminous. How did you come up with the concept with them and manage to fit in perfectly with the feel and relevance of the music?

Sometimes they need to follow a story-line so some are pretty much in direct response to the lyrics, sometimes it has to0 when playing visuals with an audience and what not, others are much more abstract and more an atmosphere over a theme and to boost up the show in some crazy way I think…not everything has to give meaning but just has to be cool.

14. Can you share a couple of highlights that stand out in your career? 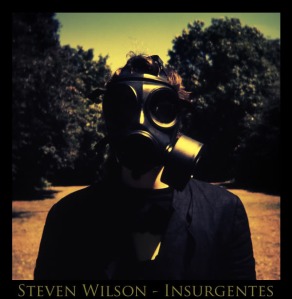 Doing my little Insurgentes film with SW is probably in top. Doing PT show in Tilburg and the Anathema show in Plovdiv also form a part of my best memories…but then there are many many more too.

15. Of all the work you have done, which is your favorite?

I don’t like to look back like that, have to look forward to next project all the time. I’m too critical of myself to answer that.

16. Does the process of developing work for a different person result in opinion clashes? How do you deal with these clashes?

Of course! You try to deal with them best as possible but when doing art for albums but ultimately at the end of the day it’s the choice of the people paying. It’s their baby.

17. What do you think is the future for music related visual arts be it photography, artwork, film etc.?

I don’t know to be honest, a lot is of course money driven and many want it too cheap or not pay at all which is a bad thing. Many people can easily call themselves artists today, just as if everyone is now a photographer or filmmaker or a critique and so on. There is no filter anymore on with the internet so I see an overload of visual stimulus, which has the opposite effect now. In addition, people are getting bored much too easily to. I guess you have to keep doing what you do and hopefully it’s the right thing to break though all the crap, clutter out there, and people will recognize passionate art when they see it and support it. But it is getting harder and harder, I don’t know how many times I’ve had to sell almost all my stuff to just pay bills and what not… but it’s what I do and I have to do it…

18. What projects are you currently working on?

A little documentary for a Danish artist called Peter Sommer, Steve Rothery’s new album and hopefully soon the new Steven Wilson album…and I have a few music videos to do also…

19. What do you think makes a classic album art and a classic music film?

Honesty and being able to want to try something new, stick to it…, and then, make what YOU really want to do. I guess it’s called, ‘Staying true to yourself’.

20. What is left for Lasse Hoile to do in his life to be thoroughly content?

O gosh, so many things…too many to mention, travel more if possible and when I can afford and also I hope to get some proper budgets to really do what I always wanted to do with both art, albums covers and film…perhaps someday.

21. What do you think is the importance of art in the world? What does the world look like through an artist’s eye?

Art is the most important thing in the world (together with science and knowledge of course), although I know many would differ otherwise but if you think about it’s what keeps people talking and getting together in the real world and it makes us think. 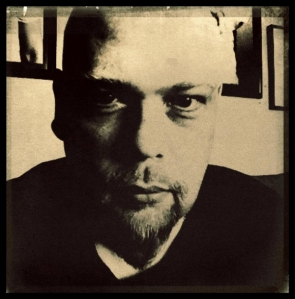 That’s all for today! You can check Lasse Hoile’s work on his website: http://lassehoile.blogspot.dk/

Watch him, while he continues to add the third dimension to music over and over again!

3 thoughts on “The Mind that gave music a third dimension”