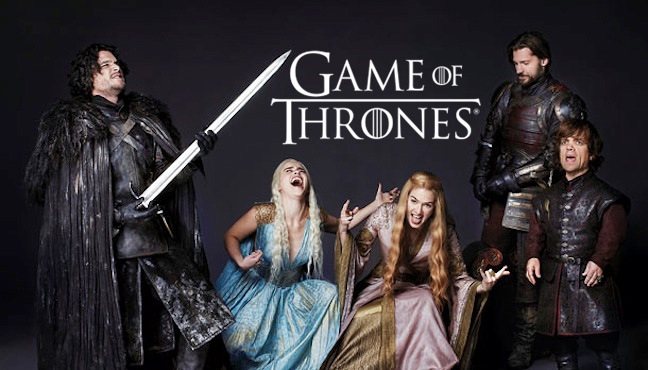 You have to admit that Game of Thrones is a pretty metal show, what with all the graphic violence, free flowing gore and wine, full frontal nudity with many pause-worthy moments, intense drama and complex, ugly yet beautiful characters. Oh, and guys with long hair. The show is quite an apt personification of metal music. Therefore, it is only natural to compare them to the various metal bands of the world.

With so many characters to choose from, it was quite a tough task. So without further ado, here are 10 of my favourite characters picked at random –

1) Tyrion Lannister – Oh how much we love the imp! He is highly educated, benevolent, shows instances of great courage and has a quick wit. Beautiful but can become ruthless when he has to. I’m getting some progressive vibes from this guy…The Contortionist, maybe? Yes! Definitely The Contortionist. Forward thinking music, complex, terribly beautiful music infused with sparks of the br00tal.

2) Daenerys Targaryen – Probably everyone’s favourite. Initially meek and timid, Dany later turns into the fierce and charismatic Khaleesi, Mhysa and Breaker of Shackles. She’s extremely compassionate yet deals with her enemies in the most ruthless fashion. She is an epic poem…much like Insomnium! Daenerys is much like Insomnium’s music – an epic poem told through both calm and heavy music.

3) Arya Stark – A survivor by nature, Arya has an intense fire in her. An explorer with a keen interested in combat, she is quite mature for her age and has the natural ability to accept hardship without a second thought. Having witnessed and even been party to horrific violence, she is downright hardcore. Yes. She is, in my mind, Architects! If you know Architects’ career, you’d know they are survivors. I can totally see Arya screaming the words ‘Even if you win, you’re still a rat’. 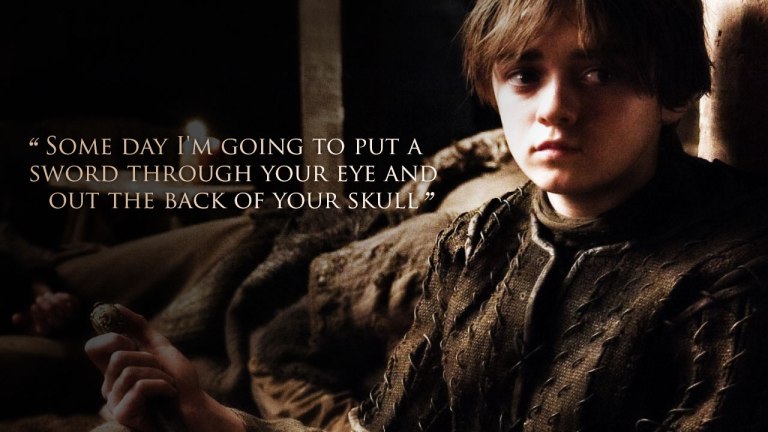 4) Jon Snow – Picking a band for Jon was difficult – poor bastard knows nothing. Quite lovable and of a sombre demeanour, Jon is a gifted swordsman who has a soft spot for outcasts. Extremely skilled, honourable and conflicted. These adjectives describe Dead Letter Circus, maybe? Don’t say another word, I can do this on my own. Yes, Lord Snow is definitely that.

5) Ned Stark – A man with a steadfast sense of family and justice. His warm heart is concealed by those cold, grey eyes. The Lord of Winterfell is beautiful and mighty. Lots of bands are beautiful and mighty. But Eddard gives me Swedish melodic death metal feels. And In Flames fits the bill, crushing yet melodic guitars and sing-scream vocals. Ned Stark evokes in me the same fuzzy and nostalgic feelings that In Flames does. My Sweet Shadow!

6) Jaime Lannister – The Kingslayer is a rather complex character. Although he possesses typical innate Lannister traits like arrogance and self-righteousness along with his golden hair and that smug, Lannister smile, he has kindness in him. When push comes to shove, he’s a man who acts upon his own set of morals and principles. Hate me for this but Jaime Lannister reminds me of Motionless In White. People have ‘immaculate misconceptions’ about both of them in their respective worlds, both get hate just because they belong to a certain ‘family’ and both play by their own rules.

7) Petyr Baelish – Master of Coin and a master of politics and lobbying, Littlefinger is extremely ambitious and extremely dangerous. Calling him cunning is an understatement. Those who make the mistake of trusting or underestimating him often pay with their lives. He can wreak havoc without much effort – a master of controlled chaos…just like The Dillinger Escape Plan! The band’s hectic, raw and intelligent music quite matches Littlefinger’s personality.

8) Sandor Clegane – The Hound, the Two-Face of Westeros. Probably the most metal character in Game of Thrones, he is immensely strong and a great fighter who loves drinking and hates the hypocrisy of knighthood. He’s a raw, no nonsense guy…much like the mighty Gojira! Their humongous sound and the eruditeness of their music matches Clegane’s physical frame and unique wisdom respectively.

9) Bronn – A quite likeable low-born sellsword with a dark sense of humour. He’s confident about his skills and would fight for anyone as long as he is paid. He does, however, have the capacity for friendship and shows care in his own way. Bronn is definitely hardcore and when picking a band for him Norma Jean was the first one that came to mind. They have a certain cynicism in their music but they’re actually nice guys. 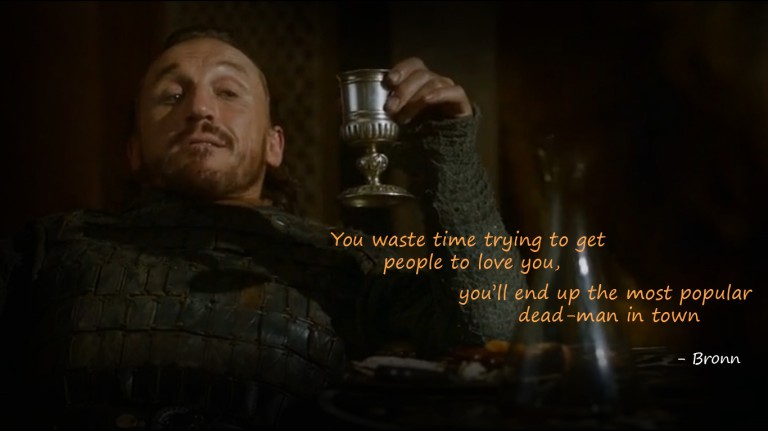 10) Margaery Tyrell – The ravishing Rose. She is sharp and shrewd and plays good politics. Beautiful and evil. I shall pick Archspire for her, shrewd music. Technical death metal seems strangely befitting for her. 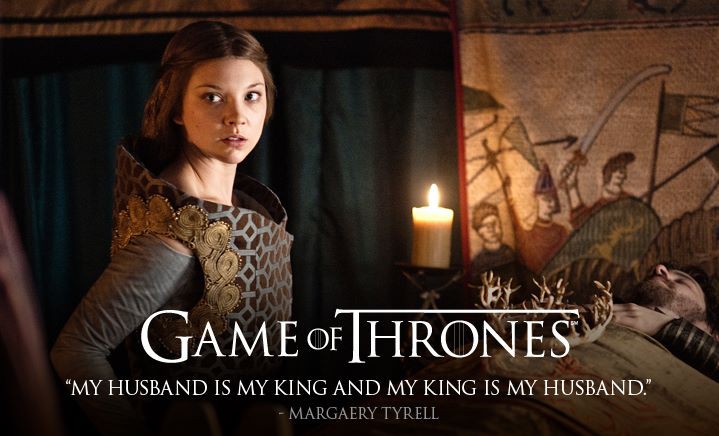