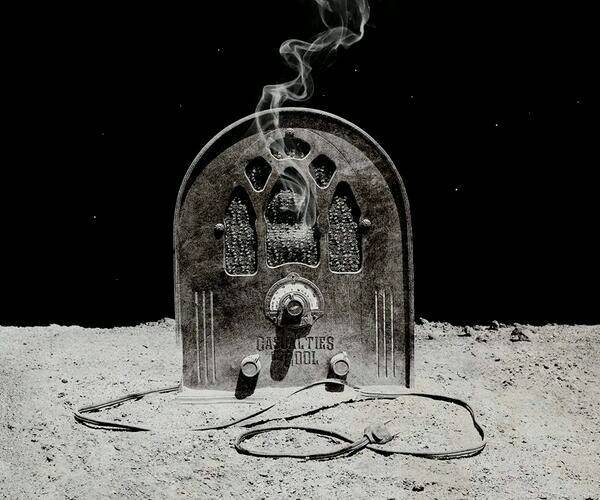 This has been a year of evolution for me musically. For the first time ever, I started liking growled vocals rather than not minding them. And for the first time ever, I started liking riffs more than solos. That is not to say I don’t like solos anymore. But the number of times I thought “Need.Moar.RIFFS” definitely increased. Metal is like a vortex- until you get stuck right in the middle of it, listening, discovering and getting addicted to a new doom/melodeath/grindcore band from Scandinavia, you can’t really be called a metalhead. I had always liked the big metal bands like Metallica, Pantera, Lamb of God etc but never had a niche, unheard-of favourite underground band. And then I heard a band about some guys who fight trucks.

As we leave the old year behind and start thinking about clearly unachievable resolutions for the new one, here’s a list of my favourite albums of this year. It is not in any specific order, but is rather just a list of 10 albums I really liked and includes both metal and rock albums. Honourable mentions include Falling Home by Pain of Salvation, At War With Reality by At the Gates, Sun Eater by Job for a Cowboy and The Endless River by Pink Floyd. The OSTs of Fargo and True Detective were great too. Life is a flat circle and all that. 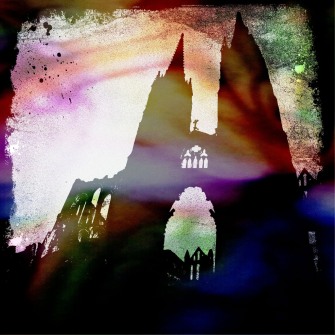 Down IV- Part II by Down: As good as Pantera is, I like Down more. Their doom/sludge/southern metal sound is unique and something that I was instantly attracted to. This album, technically an EP, sees them continue to evolve and further solidify their sound. It has HUGE crushing riffs and sounds like Black Sabbath played 2 strings down. The songs sound retro yet modern, mostly due to some excellent mixing and production. The solos are typical yet interesting southern blues solos. The only negative point maybe would be that Phil Anselmo slurs his way throughout the album but even that cannot bring down the groove that this album has.

The Joy of Motion by Animals as Leaders: Every “Best Metal Albums of the Year” list is incomplete without this album. Tosin Abasi is a modern day genius, one of the few guitarists who continue to push the boundaries. His use of the slap bass technique on an 8 string guitar is an example of his continuous endeavour to innovate and redefine the role of the guitar in modern metal. Even if you put aside the band members’ astounding technical prowess, the album is not just for guitar nerds and every song on it is catchy. The ambience and groove created by the band reminds you of the jazz fusion/neo classical era of Shrapnel Records and the album has a few “un-metal” tracks as well. The highlights of the album for me were “Physical Education” and “The Woven Web.” 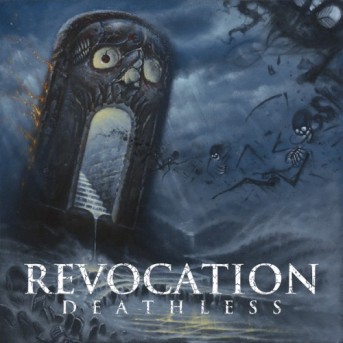 Deathless by Revocation: Because riffs. Although I have not always been a fan of the band, I have had a lot of respect for them. They are one of the few bands who keep their head down and keep putting out honest, good music. Their latest album, Deathless, is no different. Although the album is significantly influenced by old school thrash and has several of its elements, it does not feel clichéd at all and can be termed as neo thrash with some elements of death metal.  It is amazing how the band keeps improving with each album. David Davidson (best name ever) is an amazing writer and composer as almost all the guitar parts are very well written and the band transitions between the frequent tempo changes very smoothly. The 48 minute long album is chock full of awesome riffs along with some brilliant solos. It is an example of what a band can achieve without relying on any gimmicks.

Royal Blood by Royal Blood: The 2 piece (!) garage rock band from Brighton, finally released their debut album after generating a lot of hype since their formation last year. I would have thought it impossible if you’d told me that I would ever like a band without a guitarist in it but Royal Blood have made me a fan. With Mike Kerr handling vocals and bass duties and Ben Thatcher on drums, the duo manage to create a huge sound sonically and it takes you quite some time to realize that there are no guitars in the album. The riffs are crunchy and Mike Kerr plays well enough that you never feel the absence of guitars and the album has some really catchy hooks. The only problem I had with it was that Mike Kerr’s vocal style is very generic and forgettable, although he makes up for it with some catchy vocal melodies. This is one of the finest rock albums to come out in a year when rock flattered to deceive.

A Voice Within by Intervals: I was a fan of the band before 2013, when the band didn’t have a vocalist and was delighted when Mike Semesky joined from The HAARP Machine as he was one of the few vocalists who I thought could further enhance the band’s sound.  Intervals have blown everybody’s socks off with this album. Amongst all the modern progressive (djent) bands, Intervals are unique as they have a distinctive groove to their sound that other bands don’t. The whole album is full of groovy riffs, especially the song “Siren Sound.” This ability of theirs to marry technical proficiency with catchy riffs makes this album one of the best of the year.

Casualties of Cool by Casualties of Cool: This album by the country rock band fronted by Devin Townsend and Che Aimee Dorval is eclectic to say the least. It may be classified as country rock but is far from it. Devin Townsend is one of my favourite musicians (The Steven Wilson of metal) and finds time to release an album with another side project. The album is an amalgamation of country, experimental and ambient elements and has a very otherworldly vibe to it. Some of the songs are pretty strange but on the whole they fall in the “good strange” category rather than the “bad strange” category. The vocals by Che Aimee Dorval have a haunting quality to them and Devin Townsend wisely sticks to mainly singing the choruses. This is one of the most pretentious yet amazing albums to come out this year and further proves that Devin Townsend is an awesome weird guy.

World on Fire by Slash: I am a total Slash fan boy but even I was left disappointed by his last album. Thus I approached this album with trepidation but was immediately blown away. The album has the perfect mix of throwback 80’s hair metal and modern rock. The riffs are very catchy and for the first time it feels that its Slash and The Conspirators playing rather than Slash + Myles Kennedy and some backup musicians. His solos are as always spot on and its Slash at his best. Need I say more?

Language by The Contortionist: The band released their third album this year and it is their best yet. They combine the modern progressive sound of contemporary djent bands with post metal. Both Robby Baca and Cameron Maynard are excellent on guitars and have created an intense sonic atmosphere in each song. The album has a good variety of songs and some crazy basslines. This is some of the most impressive and unique djent (if you can call it that) that you will hear. Watch out for the track “Ebb and Flow.”

And at first place we have –

Universe by Truckfighters: I partially lied that these albums were in no particular order. Although all the above albums were great in their own right, for me this album stood head and shoulders above the rest. I first heard the single “Mind Control” and was immediately drawn to the bands fuzzed out sound. But it wasn’t until I heard the track “Get Lifted” that I got addicted to this album. This album has a mixture of Tool like soft ambient parts combined with some heavy as fuck, fuzzed out guitars. The ambient parts are very well done and you don’t have to wait for the heaviness to kick in but when it does, it is easy to lose your shit to the stoner/doom, heavy as a ten ton hammer riffs. Surprisingly they are a 3 piece band but their huge sound belies that fact. Their previous albums were very good but Truckfighters have truly hit their stride in this album. The album has chunky, meaty riffs for days. I have been listening to this album continuously since it released and I still start headbanging violently when the main riff of the cheekily titled “Mastodont” comes on. For me, it earns a well-deserved “Best Album of the Year” title.