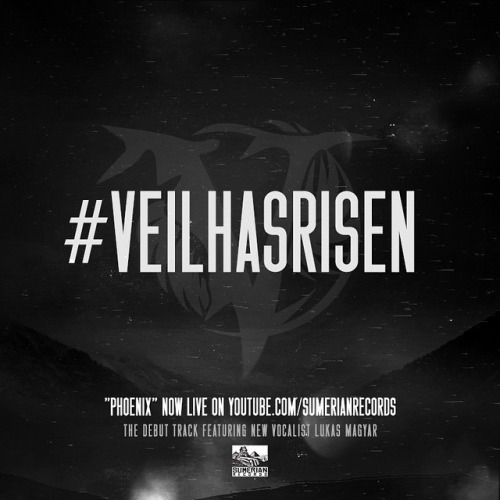 Chicago deathcore band Veil of Maya have confirmed Lukas Magyar as their new vocalist. Magyar steps in to replace Brandon Butler, the band’s vocalist for seven years who parted ways with Veil of Maya last year citing creative differences. Magyar also handles vocal duties for Wisconsin based band Arms of Empire.  Veil of Maya released their brand new single “Phoenix” on 1st January which serves as the lead single for their upcoming album due to release later this year on Sumerian Records. It is also their first song to feature Magyar on vocals.

The band posted the following message along with the lyric video for “Phoenix”:

“Our brand new, and debut track with new vocalist Lukas Magyar, is available now. Check it out and tell us what you think.”

Meanwhile in response, Arms of Empire has also released the following statement:

“Yes, Lukas is in Veil of Maya, but no he’s not leaving Arms of Empire.”

Veil of Maya is scheduled to go on a US tour this month, accompanied by Upon A Burning Body, Volumes, Gideon and The Last Ten Seconds of Life followed by a month long tour of Europe in February. Their label Sumerian Records has indicated that further details about the upcoming album will be available soon.