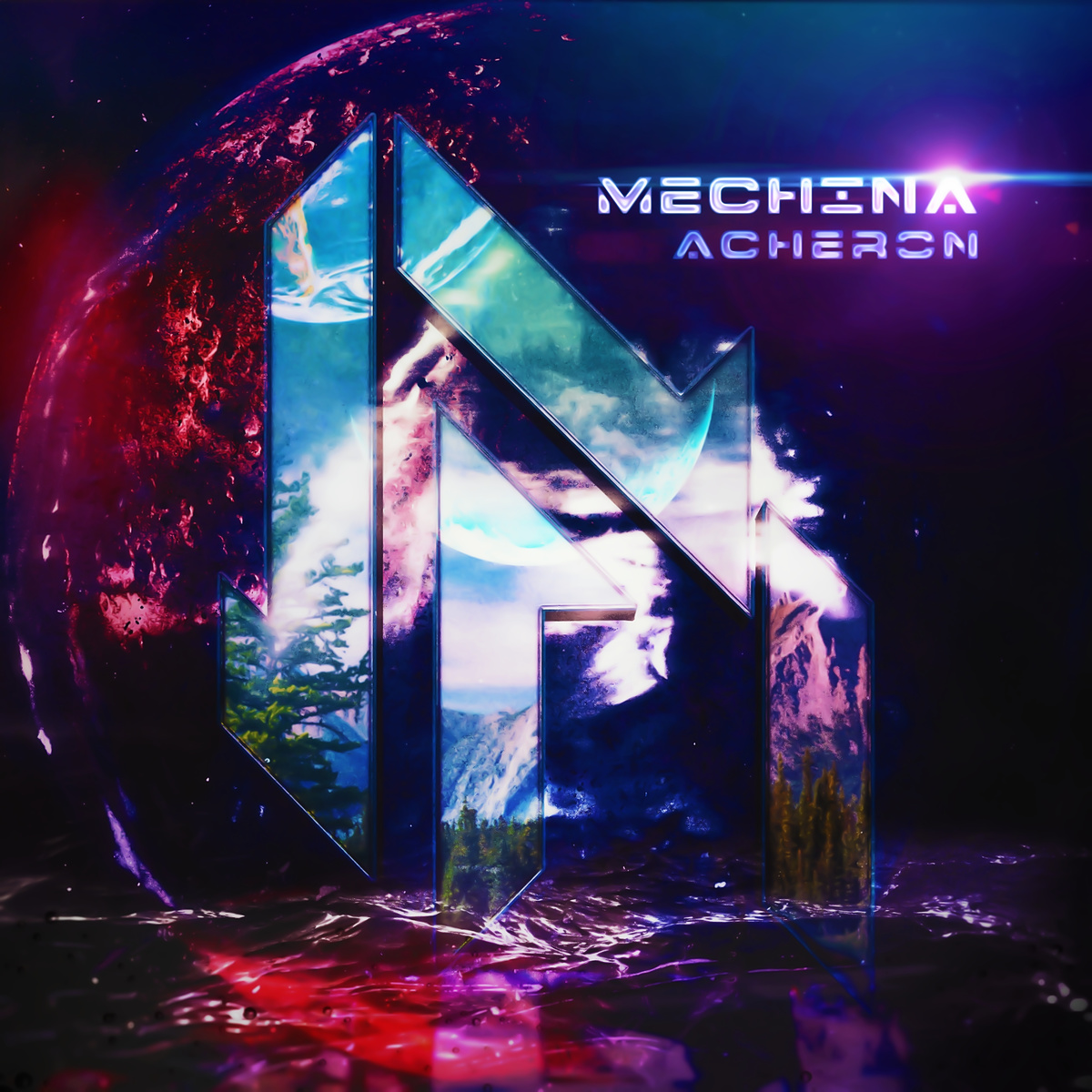 I discovered Mechina randomly when I was trying to write the word “mechanical” in Google and was too lazy to type all of it. Lo and behold, I saw that there was a band called Mechina, a 4 piece technical/progressive/death metal band from Chicago, USA. I saw that they had recently released their album Acheron on January 2, 2015 and decided to listen to their single “Invictus Daedalus.” What I heard intrigued me enough that I started googling more music by the band. One thing led to another and I decided to review their album.

Acheron is some of the best music I have heard this year. I am generally quick to point out (or claim, whichever suits you) that modern metal is pretty boring because everybody just wants to get more technical and play more notes and play more strings. Mechina show on Acheron that bands can be creative as well as technical, creative and catchy at the same time. I don’t exactly know how to define djent, and I have a hunch that nobody else does as well. But the most djent I listen to is Intervals and some Monuments. Mechina do contain some elements of djent and modern metal and combine those with orchestral and symphonic elements. The best I can classify them is atmospheric metal. They have punishing, heavy downtuned riffs and heavily overdubbed falsetto choruses.

And oh boy, does it work.

Like I said, I am not a big fan of djent and from what I could make out, Mechina seem to have fairly standard (if insanely fun) riffs that are terribly unique or creative. But the way they combine those riffs with the orchestral elements is joy to listen to. The symphony (pun intended) of strings, violins, pianos and 7 string guitars is a match made in heaven and Mechina are the matchmaker. What they have done so brilliantly over the record is find a sound that suits them perfectly and then fully utilized the sound to suit their needs. The breakdowns are good and there are catchy hooks throughout. The downtuned chugs are meaty and chunky and that’s all that they are required to be.

One of the best parts about the album is the singing. The growls are well done and well suited to the band. But even better than that is the female voice featured in “Earth-Born Axiom” and “On the Wings of Nefeli.” The choruses too are very well done and the singing overall is one of the highlights of the album. Another thing that sticks out is the post apocalyptic atmosphere that the album manages to create. There is a continuous Greek mythology inspired storyline throughout the album that has hints of cyber war, apocalypse and a cold dystopian future. The atmosphere sucks you in and keeps you there and the whole album needs to be listened from start to finish as it is essentially a single story split into several parts. The music has a hint of drama and cinema to it and overall there is a very good variety of tracks throughout the album.

The production is well done altough the mixing is found wanting a bit. I tried hard but could not hear the bass at all. Sometimes, the orchestral elements and the female singing voice are so turned up in the mix that they manage to drown out the guitar and drums. However, that is a minor issue. The strings are one of the strong points of the album as generally metal bands fail to incorporate them well enough in their sound but here they shine. Another issue I had with the album was that there were too many songs that could be classified as filler in the album. Without the guitars and drums, the symphonic elements sound overdone by themselves and are boring. If they had shown a tad more restraint, they would’ve found a better balance.

My favorite songs from the album were “Vanquisher” and “On the Wings of Nefeli.” The latter in particular is a brilliant song that has a Japanese influenced sound (or Chinese or Korean; I genuinely don’t know, please don’t call me a racist). The riffs stand out and the japanese vibe augments them. The part from around the 5th minute mark till 5’56 is just crazy. I’ve been listening to the song on loop ever since I first heard and there can be no higher praise.

Overall, Acheron is a brilliant album that manages to combine to diverse forms of music wonderfully. It has its fair share of shortcomings but hits more often than it misses. Mechina are moving in a bold new direction and I am sure they will find success with their unique take on modern metal.